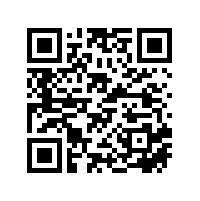 When we arrived at Daisys place she was tidying the last of her stuff and anxiously awaiting Lisas arrival. You could see the excitement build in her eyes as we heard the knock at the door. Daisy let Lisa in and they got straight into the bedroom to put on matching outfits for the video while Annie and I set up the lights and the cameras. After everything was set up, outfits were on, champagne was poured and we were about to start filming when the big fridge in the kitchen turned on and let out a horrible growling noise that had no intention of stopping. Daisy and Annie pulled it out of its place and yanked the plug straight out of the wall leaving the room nice and quiet. We filmed the video and were dumbfounded by the girls willingness and ability to perform the naughtiest of things. We all took a little break to have a drink and plug the fridge back in. The fridge wont turn on! Daisy exclaimed, so we all rushed over to see what the problem was. After a bit of stress and investigating the problem was discovered so we plugged it in and moved onto the photographs. Daisys room was the setting for the photo shoot so we all piled into the compact space jam packed with guitars, gym equipment, photography lights, a huge bed and quite a bit of mess. The girls got onto the bed with their ice-creams in hand, slurping and sucking on their creamy sweets. Once they had enough they wanted a piece of each other so they handed the ice-cream leftovers to me and got started on taste testing one anothers body parts. They began by ripping off each others sweet little outfits while sucking face and grabbing each other all over. As soon as they were naked they began fingering each other in all sorts of different positions while squeezing each others breasts and arses. Then they still wanted more so Lisa started eating Daisys fully shaved pussy! Once we were all done we asked the girls to tell us how they felt about their lesbian liason day Today was easy, Lisa is just so sensual and sexy Daisy said with a cheeky smile. It was awesome fun, really relaxed Lisa said as she glanced over at Daisy. When we asked if they had any special plans for the money Daisy burst out excitedly Were going to Sydney for the weekend to stay at a backpackers and fuck around with backpacker boys and party! she said.

The first day I met Lisa was like any other day in the office, typing about vaginas and breasts and smoking cigarettes in the workplace with Annie. We had already heard stories from Daisy Duke about how amazing this girl looks so we had and inkling we would be impressed. She strutted into the office, chatted for a while with Annie and then came the test shots. Va va va voom! What titties! I hadnt seen a pair of breasts quite as amazing as Lisas since. Well. Ever. We booked her in straight away and began scheming some ideas. When we went to Lisas house we were in awe. Its such an immaculate town house, with a TV that could squash a dozen water melons under its huge screen. She showed us around upstairs then we entered the kitchen and dinning area. We had planned to do an spontaneous outdoor shoot but when we laid eyes on the banquet style kitchen table with enough light pouring in we decided this was the perfect place for her debut shoot. As the clothes began to shed I began to realize that its not only Lisas boobies that are pure genetic perfection but the rest of her as well. Below the tits was the slim waist, nicely toned, then came the hips that led onto her ass. Her ass is like two marshmallows side by side, soft and smooth with the ultimate shape. From there came her legs, long, flexible and completely shaven. Lisa posed and I reflected light onto her as Annie did her magic behind the camera. Time got away from us, we were entranced by Lisas beautiful body, then suddenly we heard the front door open.. SHIT! Clothes on quickly, carrot thrown away, wheres the soiled panties.. everything conspicuous packed up in lighting speed and just then came a very unhappy looking man with a motorcycle through the garage. Lisas housemate wasnt expecting to come home to a couple of strangers doing odd things in his dinning room (but apparently hes always grumpy anyway). Because we liked Lisa so much we booked her in for a half day shoot shortly after our abruptly ended session last time. After much thought and planning we concluded that we would go to two different outdoor settings and an indoor one. The indoor filming was first up so we headed towards my old abandoned house to break and enter. After I unlocked the door with my key (that I never returned when I moved out) we all hurried in to try to be as inconspicuous as possible. Annie chose a sun drenched room to shoot in. Lisa and her began making the Stripe Tease film while I quietly wandered around my ex-home remembering all the things Id stolen from the soon to be destroyed building. Unexpectedly Annie called me over and said Theres some men outside the window peeping in. I went to check them out but by the time I got there they had moved on. Phew! Im so glad they didnt cause us any troubles. We packed up again in lightning speed, hearts racing and drove to our next location. The park next to the river was so nice & quiet on that sunny day. Mothers were pushing their babies in prams, people were jogging and we were shooting porn.. he he My job at this shoot was purely Look Out. I had to watch for people and then let Annie know when they were too close for comfort so that Lisa could quickly cover up. Luckily there werent too many people walking by so I grabbed the opportunity by the balls and snapped a few of BTS pictures  one eye behind the viewfinder, the other on the oncoming joggers. We rapped that one up quickly (within 20 mins) and then burned around in the Bat Mobile to the graffiti. At this park there was a huge concrete wall running up one side with pink black and white graffiti all over it, on the other side was a mechanics shop with not too many workmen around. I was designated Look Out again due to the fact we were in a very open area. People were walking their dogs and having chats about the mundane stuff, totally unaware what was taking place beyond the grassy knoll. Lisa was magic. She followed direction from Annie and wasnt shy at all when it came to doing rude things with the Cucumber. It was a big long cucumber, that we hand picked that morning, it fitted into her pussy perfectly, and it made a super-duper salad that night. As the sun began to set and the park began to empty the three of us walked towards the car with smiles on our faces, sweaty brows, and wet panties from the adrenaline that is a GoW.com shoot. Words and Pics by Eden